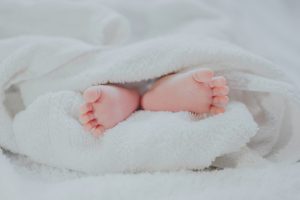 Years ago, I wrote the prayers of the faithful for Mother’s Day. It is a lay ministry, crafting the petitions sent forth by over 3,000 people on Sunday mornings at church. We prayed for everyone who is a mother, everyone who aches to be a mother, and everyone who declined the role or had it declined for them. It is a day of beauty and of pain.

That same May, as I waited for my adoption to finalize, I spent Mother’s Day at a Haitian celebration. It was a lovely luncheon complete with Haitian pate (a delicacy), traditional squash soup (to honor Haiti’s independence), Haitian musicians, and a lot of dancing!

Noticeably absent from all the mothers beaming with pride was the Haitian mother who gave my son life. She is the unsung mother at the table, one of many women around the world who give their children the promise of new life by placing them in another family’s care. Their act of deep surrender and trust, not to mention pain, enables other women, like me, to be moms. My grandmother was an unsung mother. Her lament lasted her entire life. She lived to be 99.

I never met my Uncle Charles. My grandmother did not talk about her son, the youngest of her four children. He was the baby born with Downs Syndrome in 1952, the baby she and my grandfather relinquished to state custody, the son the doctors said would not even live to be seven years old. He died at the age of 61.

At the time he was born, the state law only offered specialized care if he was placed into state custody from birth. If my grandparents, who survived the Great Depression and World War II, had brought Charles home, the state would have provided nothing—no services, no guidance, no medical care—for the duration of his life. My grandparents felt they had no choice given their limited means. They wanted the best for him.

The unthinkable happened to my grandparents. And to their beautiful baby boy who looked just like my grandfather in his later years. According to my mom, my grandmother cried every night that first year after he was born. She looked for him in every baby carriage. Her son lived in a home not of her making, in a room not of her choosing. She could no more rock him to sleep than she could answer his cries in the night. Her grief was her constant companion.

At the end of that first year, my grandfather said, “We need to do something different.” He couldn’t bear her tears any longer. My grandmother stopped crying.

Years passed, and when Charles was an adult, the state placed him in a group home where he met the foster parents who would become his family. This was long before open adoptions were conceived. My mother carried her brother’s loss as if it happened yesterday.

The call from the hospital interrupted them making lunch. Hearing the change in tone in his voice, my mother followed her father into the hallway and stood there, watching, as his body slowly went stiff. After a few moments, he put down the phone, turned away from her questioning gaze, and wept. “There’s something wrong with the baby,” was all he could say.

At the age of fifteen, my mother did what I have come to believe is the only gift you can give someone who is grieving the unspeakable. She was present to his pain, and in her stillness there that day, she allowed her father to unburden his heart. In the end, neither he nor my grandmother stopped lamenting his loss, however much they grew to accept it.

I have never faced such a life-defining decision. I do not know what I would do. I only know what it is like to be on the receiving end of one. The unthinkable happened to my son’s birthmother and birthfather. And now my joy is bound to their loss. My hope, to their trust.

When I think about all the moments they have missed, all the soccer games and skinned knees, the touch of his face against my cheek, the deep well of his brown eyes, I pray to always remember and honor the unsung mother and father who have shared their most precious gift with me. And, made me the mother I am today.

May the God of infinite mercy and grace ease their long lament and fill their hearts with an enduring peace. And may I and our son make them—and my grandmother—proud.