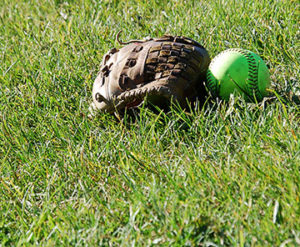 A stranger healed me today. I was lost in the myriad of thoughts that so often accompany me as I am driving—the latest round of bills, the pretend conversations that seem real enough, the replay of my not-so-great parenting moments—when my son said, “Mama. People.” He was referring to the man standing at the bottom of the freeway ramp, holding a bent cardboard sign that begged for mercy. My son likes the big smiles and waves he receives after I put my window down and offer some token of kindness.

I tell my young son in very simple terms that that man is helping us and we are helping him. Today, his presence on the side of the road reminded me that my sense of scarcity is perceived, that despite my reluctance to surrender the last 20 dollar bill in my wallet, my bank account holds many more which I can access with the punch of a few numbers. It is not an endless supply by any stretch of the imagination, but is more than enough for our daily bread. I roll down my window and my son waves wildly. I am humbled by their exchange.

At the lowest point in my life, my nephew healed me. He was four and a half years old at the time, almost the same age as my son. Like that man on the street, my nephew had no idea the grace he ushered in. I’d driven out to his house, years ago, with great dread as I’d planned to tell my brother and his wife the fated news that I would never bear children of my own. Scattered across their front walk were two scooters, one roller blade, assorted pieces of yellow, blue, purple and pink sidewalk chalk, and a tricycle parked by the front tree.

Fresh with grief, I climbed the front steps. My niece and her neighborhood friends zoomed past me with their wet hair and popsicle-stained smiles. My youngest nephew screamed and rolled around on the living room floor, giggling and wrestling with two of his brothers. Scout barked. My oldest niece slid down the banister, squeezed me tight, right around my belly, and said hello. In a matter of minutes, my life was unzipped and hung up on the coat rack. Walk into a house with six children and a dog and you step into the best kind of chaos around.

I couldn’t refuse my young nephew when he held out his brand new baseball mitt and asked me to play catch. A blue and red Chicago Cubs t-shirt hung down over his khaki shorts. His hair was cut short in a summer crew like my brothers all had when they were little.

Standing barefoot on their front lawn, I asked him who was on first base. “Yoda,” he replied with a subtle smile. “And who’s on second?” I asked, chuckling to myself, wondering if it wasn’t supposed to be what’s on second.

My nephew stared blankly at me. It occurred to me that he’d have absolutely no idea what I was talking about even if I did try and explain. So I asked again, “Who’s on second?” A spark danced across his eyes. “Obi-Wan Kenobi!” he shouted, jumping up and down.

“Alright,” I hollered in my best announcer’s voice. “We got Yoda on first. Obi on second…”

“Obi-Wan Kenobi,” he corrected me with a flare of agitation.

“Yes, of course,” I assured him. “We’ve got Yoda on first. Obi-Wan Kenobi on second, and the most famous Skalitzky in the outfield.” Never mind that my nephew was standing less than three feet away from me, his glove held over his face with one eye peeking through. I reminded him to hold it out so he could catch the ball. He shrugged and dropped it down, clearly disappointed at the need for correction. “Who’s up to bat?” I asked.

“Darth Vader,” he said without hesitation.

“Alright, ladies and gentleman! Live from Chicago, we’ve got Skalitzky in centerfield, looking fierce as ever, and Darth Vader up to bat.” I was on a roll. Howard Cosell had nothing on me. “A hush falls over the crowd as Darth Vader steps up to the plate. … The pitch is in. … He swings. … It’s a hit.”

It was at that precise moment that I realized determining the fate of the world had nothing to do with my nephew’s ability to catch the ball. It had everything to do with my ability to get the ball into his mitt. I held my breath and tossed the ball in the air. It arced slightly and landed effortlessly in the top of his new glove. My nephew’s eyes went wild with excitement. “Darth Vader is out,” we started screaming at the top of our lungs. “Darth Vader is OUT.”

Good had triumphed over evil once again, the darkness held at bay by a four and a half year old and his baseball mitt. I knew my nephew knew nothing of what the doctor had told me. He had no idea how broken I felt inside. And still, standing there, looking into his smiling face, I knew in a deep and profound way that I had lost something big, but I had not lost me. The essence of who I am was still there.

All these years later, my son and I have just celebrated our first anniversary as a family. My nephew is a teenager. He was confirmed in the Catholic Church not long ago. I lifted my son up so he could watch as the archbishop blessed my nephew. It was a beautiful rite of passage. And once it was over and my nephew had returned to his seat, temporarily disappearing from our view, my son kept insisting: “Mama, where is he? I want to give him a hug.”

I can’t help but marvel at the ways in which the divine moves in our lives, how healing comes in ways we cannot possibly conceive—and how we heal one another without even knowing it. I pray to always be an active participant in that mystery, to both embody and embrace God’s grace.

2 thoughts on “Unexpected Grace: How we heal one another”