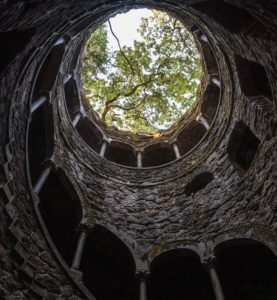 It has been a year: 365 days of uncertainty, death tolls, variants, vaccines, and hope. I was curious to see what I wrote last spring when it seemed as if the pandemic might only last a few months. I offer those words again in honor of the one-year anniversary. They seem as timely now as they did then.

“Will you pray over her?” she asked me. Erica had not left her daughter’s bedside in over five weeks. Her grown daughter had a rare brain tumor that many months later would be removed. In that moment, though, in the dry recycled air and windowless hospital room, the swelling on her daughter’s brain seemed unstoppable. All her daughter could do was slowly raise her finger to concur with her mom. She had lost the ability to speak.

I felt frozen, unworthy, not strong enough to hold the terror in the room. Erica’s fear of losing her only daughter. Her daughter’s fear of being denied the chance to raise her four-year-old, to embrace her husband without monitors and tubes attached, to feed herself. A snapshot of her family was taped above her bed. The three of them radiated. I turned toward Erica and the expectation in her eyes seared through my insecurity. I slipped my hand into hers. “Gracious God,” I began.

Erica is a survivor, that I already knew. Petite and fierce. We met many years ago at Inspiration Café where I volunteered to serve breakfast to men and women who had no place to call home. Erica overcame homelessness. She overcame breast cancer too. I had no doubt she would overcome whatever would become of her daughter’s tumor. I simply could not find the words to tell her why her prayer request had caused flashes of heat to spread like wildfires inside me.

“We know you are here with us, God.” I continued. “In this room and in this moment.” I haven’t always been afraid to pray in public. I used to pretend to be a priest as a child. I offered potato chips as communion to my stuffed animals and insisted that my friends stop saying “God,” likely out of fear than devotion. Still, by age 20, all outward expressions of piety, perceived or otherwise, dove under the covers and there they stayed. Asking me to pray out loud in that hospital room seemed as foreign as the cacophony of monitors beeping in surround sound.

Erica knew something of foreign lands. She had spent two years in homeless shelters on the opposite side of the city. She’d slept in abandoned cars. A few years after her father-in-law passed, the family lost the house he’d worked two jobs to secure. Erica was living with them at the time. She and her husband found a one-bedroom apartment for his mom, and she invited them to stay. “Our place,” she told them. That was until Erica’s sister-in-law moved in unexpectedly. “Nobody made me homeless,” Erica told me. “It was my choice.”

“Gracious God,” I repeated, squeezing their hands as words rose up. “We ask for your grace and your mercy right here and right now. Please find us just as we are: scared and unsure.” Erica knew something of fear and uncertainty too. Strangers used to rummage through the apartment at all hours, often standing over the couch where she slept. Her belongings went missing. Others were destroyed. The harder her sister-in-law fell into addiction, the more she endangered her family. Erica’s husband put a padlock on his mother’s door to keep her safe.

“I understood why my husband didn’t put her out,” Erica explained over breakfast. “She was his only sister. She didn’t have nowhere else to go.” I freshened up her coffee. She never ordered much at the café: eggs scrambled soft, bacon, and a piece of toast. One day, fed up with her sister-in-law and not wanting to burden her children, Erica checked herself into a shelter. Her husband of 23 years joined her. “He didn’t really want to leave his mother, but by me being his wife, he come up here with me. It wasn’t a thing he wanted to do, be in no shelter. Neither did I.”

“Gracious God, we trust you. We don’t know when this swelling will stop God, but we trust in your mercy and your love.” Erica’s grip tightened. Every time she and her husband went back to visit his mom, her sister-in-law either refused to let them in or kicked them out in the middle of the night. The shelter was closed. Sometimes they walked to their son’s house who always welcomed them in. But the more frequently that happened, the more Erica’s shame sought shelter in an abandoned car or building instead.

“Wrap us in your love, God. Free us from our fear and worry. Carry us through one more day.” Erica’s grip softened. We both exhaled. Tears slipped down her daughter’s cheek. Erica shot a glance my way and nodded in approval. Amen, we said together. Her daughter lifted her finger to join in.

Something had felt oddly right about praying with them. The prognosis had not changed in any way, yet something in me had been rearranged. Lost in prayer, and steeped in their pain, I had touched a wholeness that had long escaped me. It caught me by surprise.

Erica made a choice for her life, all those years earlier, and it caught fire in her soul. It propelled her down a path—merciless, humiliating, life-giving—far beyond anything I have known. That fire saved her. When I asked her what it meant to tell her story, she said: “I am a survivor. I can say that. I don’t plan on going that way again. What I do appreciate and love about that is that my husband didn’t stick with his family. He chose to be here with me.”

Erica’s daughter walked out of the hospital six months later, leaning on her mother’s arm and watching her daughter skip down the hallway. The tumor was benign. Walking out those same doors, all those months before, I could not have fathomed such a triumphant ending and new beginning. I only felt the stir of one inside of me. Erica had needed me to step into the fullness of who I am, and that was the choice I made. I vowed to do it again—and again—and again.

It is a promise I am still working to uphold. In the ten years since, I have come to understand that our wholeness has less to do with whether or not we doubt (because I still do) and more to do with trusting the depths from which the essence comes.

“There is a goodness, a wisdom that arises,” the poet China Gallard wrote. “Sometimes gracefully, sometimes gently, sometimes awkwardly, sometime fiercely. But it will arise to save us if we let it.”

We are all more than who we think we are. Especially now.