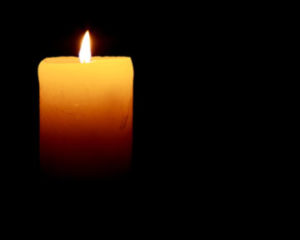 I grew up in the Catholic Church, but not in the ways you’d imagine. It’s true I wore my special Sunday dress to Mass, the one with the flowers and the ribbon tied in the back. I sat in the pew next to my parents. Ours was a modern church, built in 1970, with art-deco stained glass windows that cast giant waves of tiny colored swatches across the back. Framed with tan brick, the nave of the church was simple and clean. No vaulted ceilings, no portraits of saints, no side altars with candles. There weren’t even kneelers in the pews.

My brothers, in their plaid polyester pants and clip-on ties, were altar boys. They sat in the front pew to the left of the altar. I watched intently as their time came to carry up the book of prayer, hold the water and the wine, and lead the procession in and out of church. Every Sunday, there they sat, in pecking order, one head higher than the next. I wanted nothing more than to be up there with them. The youngest of four and the only girl, I vowed that anything they could do, I could do. I didn’t like being left out.

One Sunday, when I was nine years old, I got up my nerve to ask if I could be an altar boy too. The pastor smiled, but said no. I must have looked like I was about to cry because he turned and spoke to my parents. The next Saturday, my father walked me and two of my neighborhood friends into the church library. It had something of a new car smell to it, with its long line of metal bookcases and orange carpeting. Sitting around the table in the middle of the room were several girls our age. They were stapling church bulletins, the white collection envelope in the upper left hand corner of the two-sided golden rod paper. We were all daughters of well-known Catholic families so it didn’t seem odd to be there.

Every Saturday morning we returned to staple the bulletins. We sang songs and giggled as we worked, trying to beat our fastest time. To our surprise, the priests bought us lunch in return. I hadn’t known that priests dined at such fine establishments as Burger King and Roy Rogers, even McDonalds on occasion. I only knew that I rarely did. In my nine-year old mind, this was the equivalent of God sanctioning fast food. I still remember my moment of triumph sitting around the conference table with the pastor at the head, two priests, a seminarian, the church accountant, engineer, and my friends on either side, when I officially graduated from eating a Whopper Jr. to a full-fledged Whopper. Everyone cheered.

Most mornings after we were done stapling and before lunch arrived, we headed off into the church to set it up for Saturday evening Mass. We were all between the ages of nine and twelve and undeniably curious. Once we finished straightening the hymnals in the pews, we ran straight into the sacristy, the room behind the sanctuary where everything needed for the Mass is housed. Our job was to lay out the linens for the entrance tables, prepare the altar boys’ table, and fill the holy water fonts. When we were done, we explored.

There was not a cupboard or drawer we left unopened. I ran my hands over every one of those freshly starched altar cloths. We played hide and seek in the closet where the priests hung their vestments, breathing in that odd mix of incense and cedar. We stood in awe in the middle of the walk-in safe and quietly dared each other to touch the gold. We found the boxes of candles used for the eternal flame, which I realized was not as divinely magical as I had imagined. We even read through the priest newsletters and homily suggestions we found in the back of the three-ring binders the priests used for their weekly sermons. It was like reading the Cliff Notes to the Bible, something I assumed priests were forbidden to do.

Our most favorite thing to do, though, was to play Mass. My friend Tammy was a great singer so she was always the cantor, and everyone else took turns being the presiding priest. Our biggest coup came the day we figured out how to work the sound system. With microphones full blaring, we imitated the priests and all the preachers we’d ever seen on television.

One Saturday in the midst of our regale, we heard these words reverberate throughout the entire building: “This is GO-O-O-OD.” I must admit I dove. I was under the pew so fast my legs were shaking. There was a lot of screaming and when that finally subsided and silence fell upon us, we heard: “Lunch is here.” To which, we sprang to our feet, turned off the microphones, and raced each other to the conference table, our laughter echoing down the hall behind us. The priests just shook their heads as they passed out the French fries.

Thirty five years later, I still believe in the bigness of God and at the same time, the infinite familiarity of God, like the smell of the sacristy or the sound of laughter running down the hall.