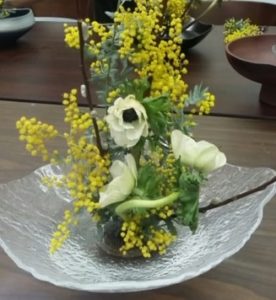 This time of year is hard. So much expectation. So much pain. The contradictions of the season abound. Just the other day, I was sitting in Starbucks working on a self-imposed deadline. A young woman wearing several layers of clothing and torn boots wandered in and approached my table. I barely acknowledged her.

I was uber-focused, moving photos around for our annual family calendar. The countdown clock to the end of the half-price sale was ticking with every passing minute. The seeming contrast between our worlds, and what I perceived as her profound need, was too stark. I turned away.

Had I been a shepherd on that holy night, would I have ignored the angels too?

Like her, my friend Shiriony (Sheer-ee-oh-knee) knew homelessness. He died several years ago, very unexpectedly. He texted me two weeks before to say his phone was back on and that he really wanted to hear my voice. A mix of relief and anticipation found me as I waited for him to answer. It had been six months since we’d last spoken. But in his usual exuberant-self, he jumped right and started describing his latest artistic creations (see image above).

Shiriony ran his own side gig as a floral designer on top of his day job on the maintenance crew for an apartment building. Creating flower arrangements brought him deep joy. A practicing Buddhist, Shiriony chanted daily for my well-being and unlimited happiness. For my son too. That day, on what would prove to be our last phone call, he affirmed my deepest hopes as a mom and a writer—believing that we call into our lives what we most need to grow and expand.

Our friendship spanned over 16 years. I met him at Inspiration Café, a social service agency that helps men and women transcend their experience of homelessness. A regular Friday morning volunteer, I served him breakfast on his first morning there. He’d waited 18 months to get off the cafe’s waiting list. Over the next 18 months, he secured housing and a job he never lost. He also started making tiny floral arrangements, mostly out of found objects, for the café tables.

One morning over breakfast, he decided to tell me his story. Overwhelmed by the sudden loss of his mother, he’d numbed his pain with shopping and gambling. He eventually got evicted, and all his belongings were strewn across the front yard. He was too proud—and too scared—to tell anyone he was homeless. Instead, he rode the train every night, hopping off at the next stop whenever he saw someone he knew.

“I was so ashamed,” he told me. “All that hurt and regret kept me closed up tight.” He told me that he used to talk about people who were homeless “like they were dogs,” looking at them in disgust, not understanding how they had let themselves end up in that situation. “It never made any sense to me until I became homeless and I started reflecting on my life. … Being homeless gave me the opportunity to apologize to a lot of people.”

One night, a woman wearing a mink coat came up to him and said, “You’re getting off this train.” Shiriony argued back, but she insisted. Her name was Vicki Lester, and he thought she might be taking him to get something to eat like she’d done before. But instead she said, “I’m taking you to a place where you can get some rest. You can’t sleep on the train and then walk around all day. Your body needs to lie down. You’re starting to look like an old homeless man.”

She walked him to an overnight shelter and then gave him her bracelet filled with rhinestones and fake diamonds. Keep it for protection, she said. “Everyone knew she was a little crazy,” Shiriony told me. “I used to see her downtown when I was going to work. She panhandled. But you never know who you’re going to be with in life. There were many people who were homeless, who didn’t look like they had a dime, and then bought me breakfast.”

Had I been a magi on that holy night, would I have followed a star to a new destination and shared what I possessed so freely with an infant born in manger?

The shelter where Vicki took him that night eventually connected him to Inspiration Café. Years later, when Shiriony confessed the real reason why he disappeared, his friends and family were furious. Most had assumed he was dead. “It was just my own arrogance,” he told me. “The [pain] I took other people through because I didn’t want to face up to the responsibility of taking care of myself. I’m not proud of that.”

That’s when he decided to chant for wisdom. “The most important thing about life,” he liked to remind me, “is the wisdom not to suffer.” That day on the phone, he shared his vision for his floral shop. I shared my vision for my next book. We laughed and reminisced about our days at the café. Later that night I texted him a picture of my son, as they had not yet met, and sadly never will. I noted how they resembled each other. “It’s that forehead,” he texted back. “LOL.”

In this season of loneliness and good cheer, it can be helpful to remember that the sacred is always here, moving in our midst. That we are invited to enter into the story of that holy night. We can be the shepherds, willing to heed the divine. We can be the magi, willing to trust in the divine. We can learn to see the sacred in any moment and any place—in Starbucks, on the train, over the phone.