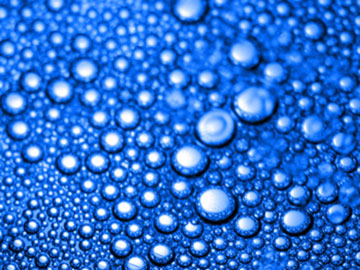 I got stuck in a car wash once (long before I had an iphone). It was 4:52pm on a winter afternoon, and the grey doors were closed tight. Someone, I did not know who, was singing on the radio in my car. Floor to ceiling sponges were to the left and right of my car, and soap suds lingered on the floor. The front of my car looked stunningly blue, in a surreal sort of way, as my mind had already jumped to the worse-case scenario. I had to get home. I had to get to work the next day. I couldn’t still be stuck come morning. I turned off the radio and hit my horn, convinced that somebody would come to my rescue. But no one did. It was just me, alone in a car wash with all the grief I was carrying inside.

I hadn’t planned on getting my car washed that day. I’d pulled into the gas station after a long day at work and punched yes to the car wash before I realized what I had done. I’ve never been a fan of those whirling sponges coming straight at you. My mother tells me that despite her reassurances I screamed all the way through car washes when I was little. To this day I avoid cleaning my car until I can no longer find it in the grocery store lot. I even drive the extra thirty minutes to the expensive car wash where you get out of the car and watch reruns of The Price is Right in the waiting room. Why that day was different is hard to know. Chicago was in the middle of a cold snap and temperatures were below freezing. I was cold and I was tired. I didn’t want to start the credit card process all over again.

So with rush hour traffic ahead and only a frozen lasagna waiting for me at home, I drove around to the entrance to the automated car wash. I punched in the five digit code I’d been given and watched as the wide grey doors folded in like an accordion. I eased my car forward, listening to the tires jostle onto the tracks and repeating my mantra: “I’m okay. We’re okay. This is okay.” When my car was finally in place, a light turned red and I shifted into neutral. Soap suds started to rain down on my car, leaving me at the mercy of the power sprayer and the pale pink sponges that slapped up against my windows. The entire apparatus rolled back and forth over the top and sides of my car: first lather, then scrub, then rinse.

When the light on the inside turned from red to green, I shifted my car into drive and listened as the two overhead dryers started to blow. The second set of wide grey doors opened and a small digital clock came into view. 59. 58. 57. I breathed a sigh of relief. I had sixty seconds to let the dryers do their thing and then the doors would shut behind me and it would all be over. Remembering how bitter cold it was outside, I decided to take it extra slow. I didn’t want all that excess water to freeze my car doors shut. 29. 28. 22. 18. My eyes were fixed on that clock.

With twelve seconds left, I tapped my foot lightly on the accelerator and nothing happened. 10. 9. 8. I hit the accelerator again. My car didn’t move. 6. 5. 4. My tires whizzed and my mind panicked. Maybe I wasn’t in the tracks right. Maybe I was stuck on the tire-stoppers. Maybe I was supposed to still be in neutral. 3. 2. 1. I threw my car in reverse and watched as the grey doors closed tight. Instinctively my eyes flew to the rearview mirror, certain that another car would be coming in behind me and the whole thing would start all over again. But that didn’t happen. The blowers stopped. The front doors stay closed. And the rear doors didn’t open.

Car washes and grief aside, there seems to be an endless number of ways to get stuck. I’ve gotten stuck in a stalled out adoption process and the slow and steady decline of my business. I get stuck replaying the same conversation over and over again long after it has happened. I’ve been known to get stuck in moments of disappointment and times when I have been less than thoughtful or kind. In our current political climate, it’s easy to get mired in a particular point of view or a belief that you hold paramount. You can even get stuck in the same old kind of prayer. I used to think of getting stuck as an obstacle to overcome, but now I see it more as an invitation, tendered from beyond, to tap into the equally endless possibilities within ourselves and the situations we find ourselves in, however, untenable and uncanny they may be.

So there I was: stuck in a car wash. I had no idea how I was going to get out, but it was clear I needed to do something. Honking was not helping. I grabbed my hat and gloves and ventured outside. The air was damp and the floor slick. I squeezed in between the giant sponge and my car, hoping that if I made it up front there would be an intercom or surveillance camera or something. Someone had to be watching. Someone in the office had to know. Maybe all they had to do was flip a switch and out I’d go. I hopped over a puddle onto dry cement and listened as my boots reverberated off the high ceilings. I glanced up and all around, but saw no cameras and no emergency exit signs. The absurdity of it all was too much for me. I teetered between laughing and crying.

I pulled myself together and walked up to the front doors that were prohibiting my exit. I peered out the narrow slat of windows high above my head. A man in a Chicago Bears hat was standing next to his car. I reached up and banged on the window pane. But he just lifted the lever, held down the handle, and filled his car with gas. I knew I needed a new plan, but nothing really came to mind. It was just me, after all, and a giant car-washing apparatus. I started to kick one of the doors out of frustration but nothing happened, that is until I kicked it with all my might—much like I did in junior high school when I punched a gym locker in adolescent fury—and the door gave slightly. A sliver of sunlight snuck in. I turned fast and ran straight for my car, past the wet sponge and into the driver’s seat. I turned on the ignition, threw my car into drive, and looked up just in time to see that the wide grey doors had already folded shut.

I muttered a few words that are not worth repeating and got back out to try again. This time I left my car door open. I kicked the grey doors and ran back to my car as fast as possible, but the doors were once again closed tight. I tried leaving my car running, but the end result was just the same. After several more failed attempts, I rummaged through my work bag to find something to eat and came up with only a handful of gum wrappers and an empty box of TicTacs. This was getting serious now. Fueled by my hunger and a half-ditched attempt to breathe deeply, I tried a new tactic. I eased my car forward, thinking that would cut down my running time, and accidentally hit the doors with my front fender. To my surprise, they gave a little. So I backed up and did it again. The doors parted long enough for me to get a glimpse of the man in the Bears hat rooting through his trunk. I nudged the doors one more time and they swung wide open. So I hit the gas pedal hard and went flying out, only to fishtail wildly as I struggled to regain control. I glanced in my rear view mirror and saw the thick sheet of ice that had formed right outside the grey doors. No wonder I couldn’t get any traction before.

The man in the Bears hat was now staring at me, his mouth wide open like I was some kind of crazy woman for flooring it out of a car wash like that. And I was. I was a crazy woman. “Yes!” I hollered. “Don’t stop now.” I peeled out of the gas station and down the road with laughter ringing in my ears and tears flowing down my cheeks. Freedom had never felt so tantalizing. I was flying high on my strength and my power and my determination to be free. Nothing, not even grief, was going to stand in my way.

That next morning, I promised myself I was going to move, buy new furniture, take classes to become a spiritual director, and write another book. And I did them all. I believe in the power of liberation. And I believe in the call of the divine that invites each and every one of us into a fuller and more encompassing view of all that is possible.