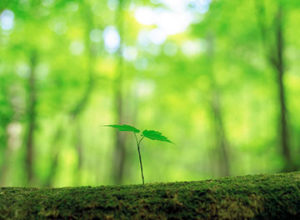 Once as I was listening to a homeless woman tell me her story, I felt the walls start to close in on me. We were sitting in a tiny windowless office at the social service agency where I volunteered to serve breakfast. Claire washed dishes for them. She was petite, not more than five feet tall, with the strings of her kitchen apron wrapped around her waist twice. Her face was striking, her eyes warm. But I still couldn’t shake the urge to bolt out of the room.

I wasn’t new to volunteering with men and women who experienced homelessness. I’d listened to many of their stories over the years. But Claire’s story was different. Claire ached to redo the past. She talked about how nurturing her parents had been, how they’d traveled as a family, how they were not to blame for everything she felt had gone awry in her life. She was 16 years old when heroin was first shot into her bloodstream. It was a dare, a chance to show the popular kids that she was someone.

What began as a party game grew into an addiction. When her parents discovered the track marks on her arms, they sent her to a rehabilitation center. But she didn’t stay. She swore she was clean. She came home. Her mom got her a job as a mail clerk, and she worked hard until a young man reintroduced her to what she had tried to put behind her. Her life soon spiraled out of control. He landed in jail, and she in rehab.

She cleaned herself up. Her mom got her an apartment. She had two children whom she loved and wanted to raise right. She started working again, and life went well for a few years. Then a fatal car accident took her daughter and left her son critically injured. The loss was too much. She went back. The bottom fell out again, only this time, Claire went to jail, and her son was taken from her.

On and on her story went. One minute up, the next minute down. I started to perspire. The air felt thick in that tiny office. The radiator hissed. How did I tell her I wanted to leave? I played with excuse after excuse in my mind until Claire leaned forward and told me her mother had recently died. Her brother had confronted her, telling her that she killed her mother. Claire looked up at me, her eyes pleading, “Can you really stress someone out so much they just die?”

“I don’t know,” I whispered back, afraid to look into all that sadness. A part of me had already decided that there was no redemption. Not in her story. Not in her life. I tried my best to exit politely and when I finally did, I walked straight outside into the cold. I climbed in my car and wept. Claire hadn’t asked me to fix her life. She hadn’t asked me to change it. She had simply asked me to hold it, to bear witness to it. I’d judged her instead.

Later that spring at a Lenten reconciliation service, I sat down with a priest and told him how hard it had been to hold her story. He listened intently and said: “Karen, that woman is not dead. She is in the struggle, but she is not dead. When she stops struggling, then she’ll be dead.” I nodded. In my mind I understood this. Then his voice softened. “I suspect what happened to you is that her anguish hit your anguish and you had to leave the room.”

I was astounded. I knew he was right. I, too, had experienced the unthinkable: a medical diagnosis that shifted the trajectory of my life. Permanently. There was nothing the medical community could do to shift it back. It was not life-threatening like a heroin addiction. Nor was it as tragic as the losses in Claire’s life. But at the time, I struggled mightily to understand why God had forsaken me. I could no more believe what had happened than I could stop blaming myself (and God) for it. My grief was as palpable as Claire’s.

Weeks passed. I wanted to talk with Claire again. I needed her forgiveness. We sat in that same tiny office. I thanked her for trusting me with the fullness of her story. I told her that her life was like a roller coaster, for every down there was an up. She looked up at me, her eyes radiant, and said, “Maybe that’s why I keep striving.”

With her words etched in my heart, I set out on my own journey to forgive myself, my life, and even God. It took me a long time to walk with my loss. I had to let go of what could have been and accept what was. It was not easy. But over the years, all those moments of grace and surrender eventually stretched my heart open wide enough that I knew without a doubt there was nothing to forgive. I hadn’t done anything wrong. And neither had God.

I saw Claire recently, and she is still striving. We all have our wildernesses. But if we can allow the loss to transform us, to free us, then everything has value. Nothing is wasted. It all becomes fertile ground.