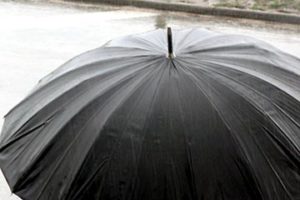 Where do we go from here? That is the question on my heart as we turn the corner on the pandemic. We have survived something of significance together. It’s going to take some time to figure out what will we carry with us and what will we leave behind. In this in-between space, I offer you this story from years ago as a gentle reminder that the essence of who we are (even after 16 months of isolation, hand sanitizer, and loss) is still in us.

I worry. That’s what I do. Sometimes my stomach churns. Sometimes it doesn’t. My mind races ahead to the finish line and imagines scenarios —sometimes even full conversations—that may or may not ever happen. (Usually not). But when I’m in midst of all that anticipatory angst, it can be difficult to discern what is real and what is not.

Over the years, I’ve tried hard to let go of worry with greater and lesser degrees of success. It turns out, it’s an inherited trait. I’d like to say that I worry about significant things like world peace or the state of the environment. But mostly I worry about deadlines at work, my next credit card bill, and whether or not my hair has fallen flat around my face. I worry about my son and if he’s getting everything he needs. And at times, I worry that my life is small and if I’ve used my gifts well enough, especially when I compare myself to Mother Theresa or Michelle Obama.

One evening a few years back when I was particularly consumed with my own internal angst, I was sitting in my car inching my way toward downtown Chicago in what seemed like an endless school of fish. I’d been staring out my windshield for over two hours for what should have been a 30-minute commute home. And I wasn’t even at the loop yet. My mind was racing. I kept replaying the meeting from earlier that afternoon and the precise moment when I missed my opportunity to say something that could have helped two colleagues understand their opposing perspectives and begin to release the resentment they both carried.

I don’t know why I thought I could fix their broken relationship. The dynamic had been going for years, but that afternoon in my car I was convinced that if I had just said something it could have been different. I, alone, could have made that difference. And for the last 133 minutes of my drive, and counting, I played that conversation over and over again. He said … She said … I could have said … Why didn’t I say …? When she said that, I could have said … I should have said …

We all know them: Cinderella’s step sisters reminding us that we’re not good enough for the ball. By the time I got to the loop, I was so tired of hearing myself think that I pulled off and tried to go home on the back roads. But that proved to be just as problematic. On my third time waiting for the green light to make it through a busy intersection, I saw a man in a wheelchair in the middle of the road. You could tell it wasn’t his best day either.

His blonde hair was long and stringy. One of his pant legs hung lifelessly over the edge of his wheelchair. A cardboard sign rested in his lap. It was just starting to rain when I saw him lean back and yell into the foreboding sky. Give or take a few expletives, he basically said that he needed an umbrella.

Umbrella, I remember thinking, now that I can do.

I reached into my work bag, pulled out my black umbrella, and rolled down my window. Within moments, he was rolling toward my car, his chiseled face a mix of anxiety and disbelief. He stopped a few inches from my window.

I handed him the umbrella. He looked at me for what seemed like a very long moment. I looked back at him, our eyes locking. I believe he could see straight down to the inside of my toes.

Then in the kindest, most gentle voice he said, “Thank you.”

The light turned green, and he turned and rolled away. I rolled up my window and drove through the intersection. I didn’t make it more than a block or two before I started to giggle. And, I mean, giggle. Not at him. And certainly not at what had just transpired. More at myself. And at God. “What does it take to get my attention?”

I imagine in God’s eyes we are already enough.