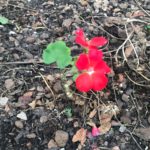 I pulled up my garden today. It was a sad affair, leggy petunias and dried up purple salvia next to the red replacement mums that have refused to flower. I trimmed the browning dahlias and removed the daisies. The arid and rocky soil seemed only partially to blame. The dying roots surrendered with ease. We are all so worn out, I thought to myself, as the late summer sun dipped behind a cloud. 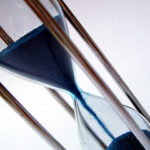 Today, watching the lake lap the shore, I am reminded that all things pass. My son and I leave the beach as we arrived, masked and hand-sanitized. A sense of repose has found me. I wrote this Godisbig reflection in 2014 as I waited through the unknown. May it speak to you in this moment too. Praying that you are staying healthy and safe. 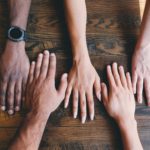 I still remember the day I was the only white person in a crowded school gymnasium. My third-grade students had asked me to come to their basketball tournament. I was 22 years old, teaching in Houston, Texas. I had not been formally trained as an educator and was new to the south. 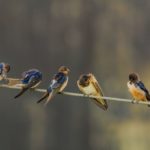 “Listen,” I whisper to my eight-year-old son. “Do you hear that over there?” I point out past the cluster of barren trees and the tiny birds swooping high and low across dried grasslands. He stops his forward motion long enough to let the call of a distant bird capture his imagination. The two of us have been cooped up inside our flat for over seven weeks now. 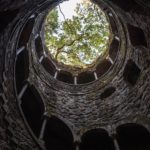 “Will you pray over her?” she asked. My hands began to sweat. Erica had not left her daughter’s bedside in over five weeks. Her grown daughter had a rare brain tumor that many months later would be removed. In that moment, though, in the dry recycled air and windowless hospital room, the swelling on her daughter’s brain seemed unstoppable. 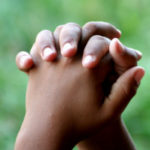 I never used to pray for people in my younger days. I might have offered to pray, but I rarely delivered on my promise. I didn’t exactly see the point. In the face of adversity, my resilient and independent twenty-year old self believed that I could do more than just pray. I could mend what was broken. 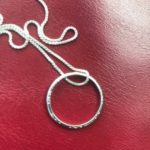 I dated “Jesus” the summer after I graduated from high school. It was a brief romance. His real name was David. He was the lead (aka Jesus) in my all girls high school production of Godspell. Stocky with wavy hair, “Jesus” made us all swoon. I remember coveting my friend’s role on stage. She got to sing By My Side and look longingly in his direction as he stared out into the audience. “Where are you going? Can you take me with you?” 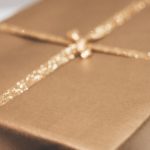 The table is set. Fine china and crystal at all four place settings. I quickly replace my son’s glass with a less-breakable one. My mom, at 84, is bustling around a tiny kitchen. My dad, reading the paper. My eyes scan their new retirement apartment. The china cabinet of my childhood stands firm, unchanged. The buffet table too. 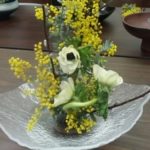 This time of year is hard. So much expectation. So much pain. The contradictions of the season abound. Just the other day, I was sitting in Starbucks working on a self-imposed deadline. A young woman wearing several layers of clothing and torn boots wandered in and approached my table. I barely acknowledged her.