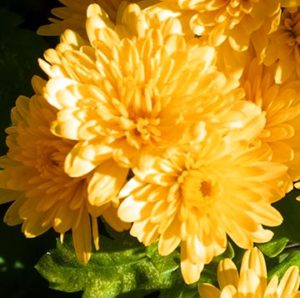 I believe in mystery, especially the everyday variety that opens our hearts. Right before I went into business for myself, I took a position at an institution of higher learning renowned for its cutting edge research and Nobel laureates. More than a few people suggested that by accepting this job I had somehow reached the pinnacle of my career (at the ripe age of 32). But I knew that was not the case because I shared an office with three other people, all of whom worked in different capacities to turnaround under-performing schools in Chicago.

One of those three women, however, did not approve of my style of coaching or the process of transformation we witnessed in classrooms as a result. She was unabashed in making this known to others within the university, which both baffled and exhausted me. I’d never struggled with a colleague in this way. With arguably so much work to be done in schools, and so many children to serve, I didn’t see the need for infighting. I tried my best to ignore it.

But one day in a meeting with the elite of the institution, she attacked my character and threw me, as they say, under the bus. It would take more than three months to clear my name of her false accusation. I was so stunned when it happened that I could not find my voice. But in my car on the way home, I ranted to my best friend. I called my mom, my brothers, former colleagues—anyone who would listen, really—and fumed.

It took hours for me to fall asleep that night. I woke up at 1:30 am, mad. At 3:15 am, still mad. At 5:19 am, too. Then in a moment of great clarity, born of a fitful night, I knew what I needed to do. I drove to the nearest 24-hour grocery store and bought the most beautiful flowering plant I could find. The little yellow mum was on sale for $4.99. I wrapped it in several plastic grocery bags and headed to work. My plan was to put it on her desk which sat directly across the room from mine. It was to be my reminder that I would not lose my humanity. I would not lose me.

I didn’t want anyone to know what I was about to do for fear of being ridiculed. So I slipped it on her desk and hurried out to spend the day at a school. As providence would have it, I returned to the office just moments before she came storming in. She was shouting out marching orders to someone on her cell phone, and to my surprise, she did not immediately notice the little yellow mum. When she finally picked it up, she turned around and said, “Does this belong to anyone?”

“It’s on your desk,” I replied, half holding my breath. She stared at it, her brows furrowed, for several long minutes and then turned just as abruptly and sat it on a pile of papers. “Oh,” was all she ever said.

Undeterred by her lack of appreciation, I began leaving $4.99 plants for other colleagues when things started getting too cutthroat. A miniature rose plant, here. A bamboo plant, there. As crazy as it was to be doing this, it became rather telling to see how these gestures of kindness were received—usually not well. The rose plant died in a matter of days, and the bamboo was sequestered to the top of the filing cabinet on the opposite side of the room. It was as far away as possible from the person for whom it was intended.

A friend of mine, who was sworn to secrecy, offered to buy me green tights and a cape. Another started running reconnaissance missions. One morning after I left a plant outside an office door my friend decided to stop by and visit. After chatting about work, she turned her attention to the tiny daffodil blooms. Where had they gotten such a sweet plant she inquired. “Oh,” one of the recipients replied, “We found it this morning outside our door.”

“How lovely,” my friend replied. “How often does a gift show up at your door?” The two office-mates stared at each other. One said flatly, “Either that or someone was throwing it away and left their trash for us.” The other nodded in agreement.

It was crushing, to say the least. I’d never met anyone who didn’t express even the slightest hint of delight at getting flowers, especially unexpected ones. The real mystery, though, was how all of this was softening my anger toward them. In its place I discovered seeds of compassion growing, particularly for people for whom receiving a $4.99 random act of kindness was a real struggle. The wonder and awe that I had been looking for was actually mine—partly for doing something so out of the box and partly because in doing so the shutters of my own heart were thrown open. In the end, it propelled me to go out on my own as a sole proprietor.

Now I’m not saying flowers are the answer to office politics. And, certainly I could have taken a less avoidant path by speaking directly with my colleagues. But when I think about the little yellow mum plant, I am reminded that the sacred is equally unabashed in inviting us to see the sacred in everyone else, especially those who may anger us the most.